I am going to take some folks to the carpet today, not by name – don’t worry. While this is not my normal approach, I’m borderline apoplectic based on what we’ve discovered through our discussions with credit union executives about their current recovery efforts on defaulted accounts.

Based on an informal poll of over 300 credit unions nationwide over the last 3 months, 67% report using outside collection agencies and law firms (3rd party servicers) after internal recovery efforts. This is good (but it could be better). According to the ACA International, an international trade association of third-party debt collectors, collection agencies returned an estimated $54.8 billion to creditors in 2010 – clearly the placement process has value and since most collection agencies operate on a contingency basis, no expense is incurred by the creditor unless a recovery occurs. The other 33% either prefer to handle accounts internally, don’t have the resources to manage outside placements or simply don’t care (!).

Here’s where it gets interesting – of the 67% that do outsource accounts, a whopping 90% simply place the account with a collection agency or law firm and have no formal recall strategy or auditing program in place to monitor account performance! That means the account remains with the agency or law firm forever! When asked why this was the case, we often received a response similar to the following – “well, we get money every month from the agency so they must be doing a good job”. While that might be the case, I’d be willing to bet that most of those collections are coming from new placements. Our next question would often be if the credit union received an aging report on older placements from their third party servicer. Few, if any did, and even fewer knew what this was or why it was valuable! A well designed aging report should show liquidation performance by placement vintage. At the risk of offending many of my collection agency and law firm friends, it’s fairly common for collection efforts (phone calls, letters etc) to lessen with age as attention turns to new, more recent placements and for recovery rates to fall. Those who are familiar with these reports know this all too well.

So, the question becomes what should the credit union do? One obvious option would be to follow the model used by many of the larger lenders (banks, credit card issuers and auto lenders) which is to cycle the accounts every 6-12 months to a new collection agency and/or law firm, when appropriate. It’s not uncommon to see accounts placed up to 3-4 times over a 3 year period by these larger institutions before an account is “warehoused” and perhaps reported to the credit bureaus and monitored for changes in the debtor’s ability to pay. Yes, I know this process is both complicated and expensive as it requires personnel, technology and good collection partners. We know from many of our discussions that resources are often an issue on the recovery side of the house as most credit unions are focused where they should be, which is taking deposits and making loans. We also know that good collection agencies are hard to find and they tend to focus on creditors with high volumes of defaulted accounts.

There is another option. If we look again to many of the larger lenders, it’s very frequently used both before and after placements to third party servicers. It’s a debt sale also known as a bad debt sale or charge-off sale depending upon the circles you frequent. Quite simply, it involves bundling information on a group or pool of accounts, and selling those accounts to a Purchaser for immediate cash subject to the terms and conditions of a Purchase and Sale Agreement. If you are already using a collection agency, pulling the information together will be very easy with their assistance. As an added benefit, we often see collection agency performance improve when a formal recall policy is instituted and they know that an account will be automatically recalled after a set period of time. Many Purchasers in today’s market will set up ongoing purchase arrangements (also known as forward flows) to buy new accounts periodically to ensure that inventories of aged accounts won’t accumulate in the future.

Our firm has been helping creditors monetize sub-performing, non-performing, defaulted and inactive Judgments for over a decade, typically by organizing sales of the accounts at the state, regional or national level. We’ve successfully sold more than 8 million accounts and returned more than $200 million to creditors. If you’re interested in exploring the value of a debt sale to your recovery operation, please email or call me at crunci@runcigroup.com or 877.452.6466. 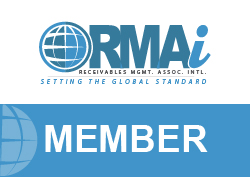